Gov. Lujan Grisham: The Latina We Need in Biden’s Cabinet

With new national leadership, the long shadow of a pandemic, and socio-economic injustice still in the spotlight, we seek signals that 2020’s end will mark a shift to new beginnings. President-elect Joe Biden’s establishment of his COVID-19 task force right out of the gate is promising, but his choice for the cabinet post for health and human services is the most critical to show a commitment to those severely impacted by the Coronavirus and those so pivotal in electing him to the White House – people of color.

As county officials with the mandate to provide local public health services, we are in dire need of a federal partner with compassion for those affected by the virus and command to manage the crisis. No one is better prepared to step into that leadership role as secretary of health and human services than New Mexico Governor Michelle Lujan Grisham.

Lujan Grisham – the country’s only Latina governor – would be an effective leader on day one to protect our country from worsening COVID-19 rates that continue to disproportionately harm racial and ethnic minorities. Cases for Black and Hispanic Americans are nearly three times higher than for white Americans. Hospitalization rates are five times higher, and death rates are 1.4 times higher. These are the same communities leading the fight for social justice and the same ones that helped Joe Biden earn his historic victory in Latinx-heavy Arizona. These communities deserve senior representation in the Biden Administration throughout the cabinet.

Time and again, Governor Lujan Grisham has proved she can overcome public health obstacles. She was the first to set up drive-through testing facilities in New Mexico for Coronavirus and opened over 50 testing sites, prioritizing at-risk populations. The result: New Mexico has among the lowest infection rates per-capita and is in the top 15 for per capita testing.

Governor Lujan Grisham was one of the first to shut down schools in New Mexico. She accurately assessed the situation, and was steadfast in her decisions to protect students and their families. In the end, in New Mexico, where Hispanics are 49-percent of the state population, they are actually underrepresented in Covid-19 cases by six percentage points.

The pandemic’s impact is massive, yet there is a wider agenda for HHS in the years ahead, which is why we need a cabinet secretary who can also work broadly to build back our nation’s health care after four years of President Trump undercutting the Affordable Care Act and the health insurance marketplace.

Governor Lujan Grishman has shown she is more than capable of this. In her career, she has worked to reduce inflated prescription drug prices, support senior care, and strengthen access to health insurance.

Lujan Grisham goes to uncommon lengths to bring her passion in public service. Before she was elected to Congress, she served as New Mexico’s secretary of aging, where she went undercover to investigate care complaints at a senior living facility. Under her leadership, New Mexico doubled the number of health centers, expanded in-home care to give seniors more flexibility, built a new state lab, and improved infectious disease prevention programs.

Instead of pharmaceutical representatives like outgoing Secretary Alex Azar constantly kowtowing to industry, we need a cabinet secretary obsessed with the care of individuals, like the New Mexico Governor has proven to be.

Lujan Grisham understands the importance of local government relationships and has the energy and toughness to stand up to critics that President-elect Biden will need as he puts forward a different vision of personal and social responsibility around public health than has been on display from the White House. On top of all this, Lujan Grisham would be the Latinx representation desperately needed in the federal government.

I have advocated in support of care for seniors and the creation of preschool for all here in Oregon, a program that will increase equity in my community. But fighting for equity and inclusion in healthcare here in the West would be that much easier with a strong Latinx leader fighting for us from Washington, too.

As a local public official fighting everyday for my community’s health, I can tell you, we need Governor Lujan Grisham as our secretary of health and human services come January.

She will continue to be the energetic, unstoppable force in Washington that she has always been for the people of New Mexico.

(Jessica Vega Pederson is a county commissioner in Multnomah County, Oregon, where she previously served as the first Latina elected to the State House of Representatives.) 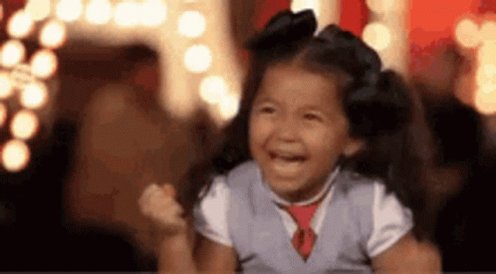