“I think the biggest thing for me was understanding that I had imposter syndrome my whole life,” said Gina Chavez. “[I felt] so drawn to my Latin heritage, [but also] not really feeling like a Latina.” The Austin-based musician, who is Mexican and German, was raised in a middle class family and didn’t grow up speaking Spanish. Despite that, she loves the language and has released bilingual albums in the past. “I think songs, no matter what language they’re in, are poetry put to music,” Chavez said in a recent phone interview with Luz Collective. “Just like you can do with poetry, you can play with language. Since Spanish is not my first language, sometimes I need a co-writer or somebody to help me be able to play with that language in a way that makes sense.”

Chavez is releasing her first all-Spanish EP called “La Que Manda” today, May 27. The first track, which is also the title track, is a powerful introduction to the five eclectic tracks that share a story about a “womxn coming into her power.” Her first single and second track, “Ella,” shares a message of empowerment for the Latina community and what it means to be a woman. “I definitely wanted something to be for Latinas,” said Chavez. “For people to get behind them and be like yeah, this is my song.”

Chavez describes “Ella” as a cousin track to a song she released this year called “She Persisted,” that was inspired by the moment Senate Majority Leader Mitch McConnell silenced Senator Elizabeth Warren during her speech on the Senate floor in 2017. McConnell’s words “Nevertheless, she persisted,” inspired a feminist movement. “It was this perfect moment,” said Chavez. “This old white man silences a woman with antiquated language, and we take the antiquated language and make a movement out of it.”

“Ella” relates to the same idea but with a more poignant delivery. Chavez worked with Grammy-winning music producers, Linda Briceño (the first woman to win a Latin Grammy for Producer of the Year in 2018) and Fernando Lodeiro to produce the song two months before the COVID-19 pandemic.

What’s interesting to Chavez is that she wrote “Ella” before the pandemic, but it has taken on a whole new meaning since. She is currently working on a music video that will feature dancers from around the world to raise money and awareness for survivors of domestic abuse, which has seen an increase while people shelter in place or self-quarantine. Chavez explained that her wife, Jodi Granado, suggested they share the new music video idea with a director and friend, Lisa Donato, who took the idea and ran with it.

Even though the video isn’t ready for public viewing, the film crew has already raised more than $3,000 towards Survive2Thrive Foundation, an Austin-based organization that helps survivors of domestic abuse. Chavez received an email from the organization last week letting her know that the donation has helped place three women in permanent homes outside of their abusive situations. “I was bawling,” said Chavez. “I don’t feel like I did that. All I did was have an idea and pull the right people together. That’s the beauty of putting something out in the world and not having to have it all figured out. It’s like your community will step up, even in these crazy times that we’re living in.”

A struggle for indie artists like Chavez is getting her music to new audiences. This has made for an interesting time during a health pandemic that forced people to stay in their homes. “It’s so weird right now because I feel like people’s attention is so scattered,” said Chavez. “What I mean is that we have probably more availability or ability to be on our phones or be watching TV or consuming things, but it’s almost like maybe we’re consuming less because we’re not in our routine.”

Chavez has received national attention through outlets like NPR and Tiny Desk Concert, where her 2015 performance has been viewed over a million times. She’s excited about the new album release and will try to continue to create art that speaks to the current moment in history. “We’re living through history right now,” said Chavez. “I feel fortunate to be an artist and somebody who can create something that can speak to our time.”

This past March, Los Angeles-based artist Levi Ponce painted a 12-foot mural featuring Chavez in Austin as part of his project to celebrate Latino culture along the Bible belt. Ponce typically features notable celebrities and prominent local people in his work, and he chose Chavez for a mural because of her El Salvador connection with Niñas Arribas, a scholarship fund for young Latinas that attend a private, Catholic university in Soyapango in El Salvador. Chavez co-founded the fund with Granado after they spent a year doing mission work there, and Ponce’s dad is from El Salvador.

Gina learned about the mural when she was tagged in an Instagram post. She rushed over to find out why this artist was painting her face on a wall and the biggest takeaway was realizing that she was chosen as a representation of the Latino community in Austin. It was very humbling to her. “I’m staring at this ginormous piece of artwork that’s beautiful and it’s me,” said Chavez. “And I’m like just get the message, Gina. Just say thank you. And say thank you with your words but also with what you do.” 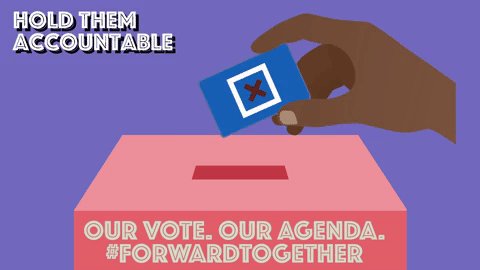